For about nine months now, students affected by the war in Ukraine have been taking language courses at the Studienkolleg Sachsen to prepare them to study in Germany. We talked to some of them about what they have learned so far, their everyday life in Leipzig and their hopes for the future.

Valeriia has been studying tourism in Kyiv for three semesters. While many of her university friends are still in the Ukrainian capital, the 18-year-old decided to flee to Leipzig with her boyfriend and his mother after the outbreak of war in Ukraine. The three of them live in an apartment in Leipzig’s Lößnig district. Valeriia’s parents and younger brother stayed in Ukraine.

Since May 2022, Valeriia has been learning German at the Studienkolleg Sachsen while continuing to study online in Kyiv. The double burden often pushes her to her limits. Once she even had to take an oral tourism exam from inside a tram in Leipzig. She has made many new friends through the language course. While she communicates with the other Ukrainians at the Studienkolleg in her native language, she tries to apply the knowledge she has learned as often as possible in her everyday life in Leipzig. For example, she often interprets for her boyfriend’s mother when she goes shopping, which is excellent for her language learning.

After the Studienkolleg, Valeriia would like to study geography at Leipzig University. At the moment, however, she is still unsure whether she will attain the necessary level of proficiency in German. She hopes to pursue both a Ukrainian and a German university degree. She is particularly interested in the topic of urban planning. In her opinion, deeper knowledge in this field could later help to rebuild the cities in Ukraine. 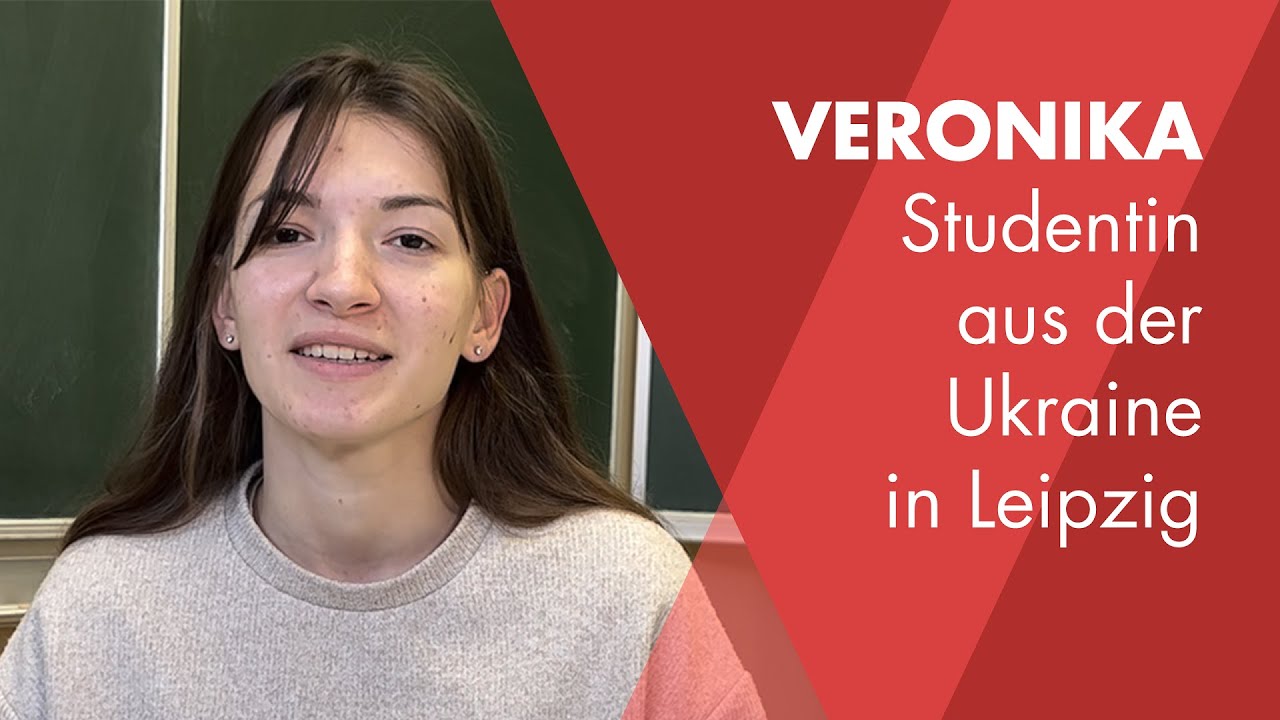 Veronika has been studying psychology, sociology and organisational economics in Kyiv since 2019. In addition to the German course at the Studienkolleg, she attends lectures for her Ukrainian degree digitally. After her mother had already come to Leipzig in February 2022, the 20-year-old followed her about a month later. To begin with, they both found part-time jobs. Veronika’s husband currently works as a pilot at Leipzig Airport. Together with her husband and mother, Veronika can imagine staying in Leipzig in the long term. Her reasoning is that, in her opinion, Germany is in a better position than Ukraine in terms of technological progress.

In the German language course, Veronika settled in well and was surprised that learning the language is not as difficult as she thought at the beginning. Above all, the Ukrainian has been impressed by the professionalism of her teachers. She can already apply her German skills very well in her life in Leipzig. Only at the employment office, which she had to visit frequently in the beginning, did she have great difficulty communicating and coping with the reams of paperwork to be filled out. In May of this year, she plans to complete her bachelor’s degree in Ukraine and would then like to start studying at Leipzig University in the winter semester – preferably for a master’s degree in psychology. 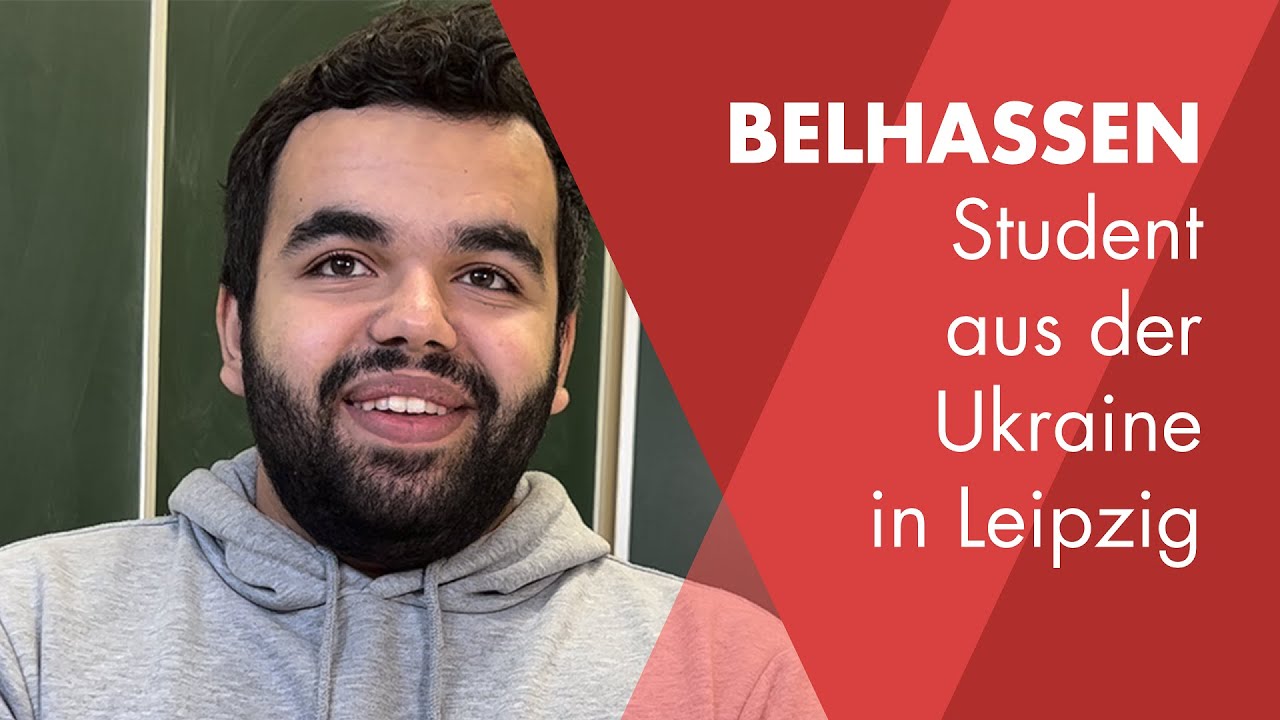 Belhassen, a Tunisian, decided to study in Ukraine after finishing secondary school. After spending seven months in Kharkiv enrolled on the bachelor’s degree programme in computer science, a rocket hit right outside his dorm in March 2022. On his mobile phone, Belhassen shows us several photos of rockets which he took in the immediate vicinity of where he was living. After Kharkiv’s heavy bombardment, neither his apartment nor his university exists. He is currently trying in vain to obtain important study papers by email.

Belhassen has an extremely arduous escape and journey to Leipzig behind him. He tells us about mass brawls at the train station in Kharkiv due to completely overcrowded trains, bloody feet, and spending three months in a Leipzig refugee shelter in the spring of 2022.

Returning to Ukraine at some point is not an option for him. However, it is currently not certain whether he will be able to remain here in Leipzig. For a student visa, Belhassen must have a five-digit sum in a blocked account. That is one of the reasons why, besides taking a German language course to prepare him for university, he is working at Amazon. The work is physically very demanding and pushes him to the limit. He feels it is unfair that he is treated differently with regard to his residence permit than native Ukrainians who fled their country.

Created by: Interviews conducted by Lina Hörügel and Katharina Pingel